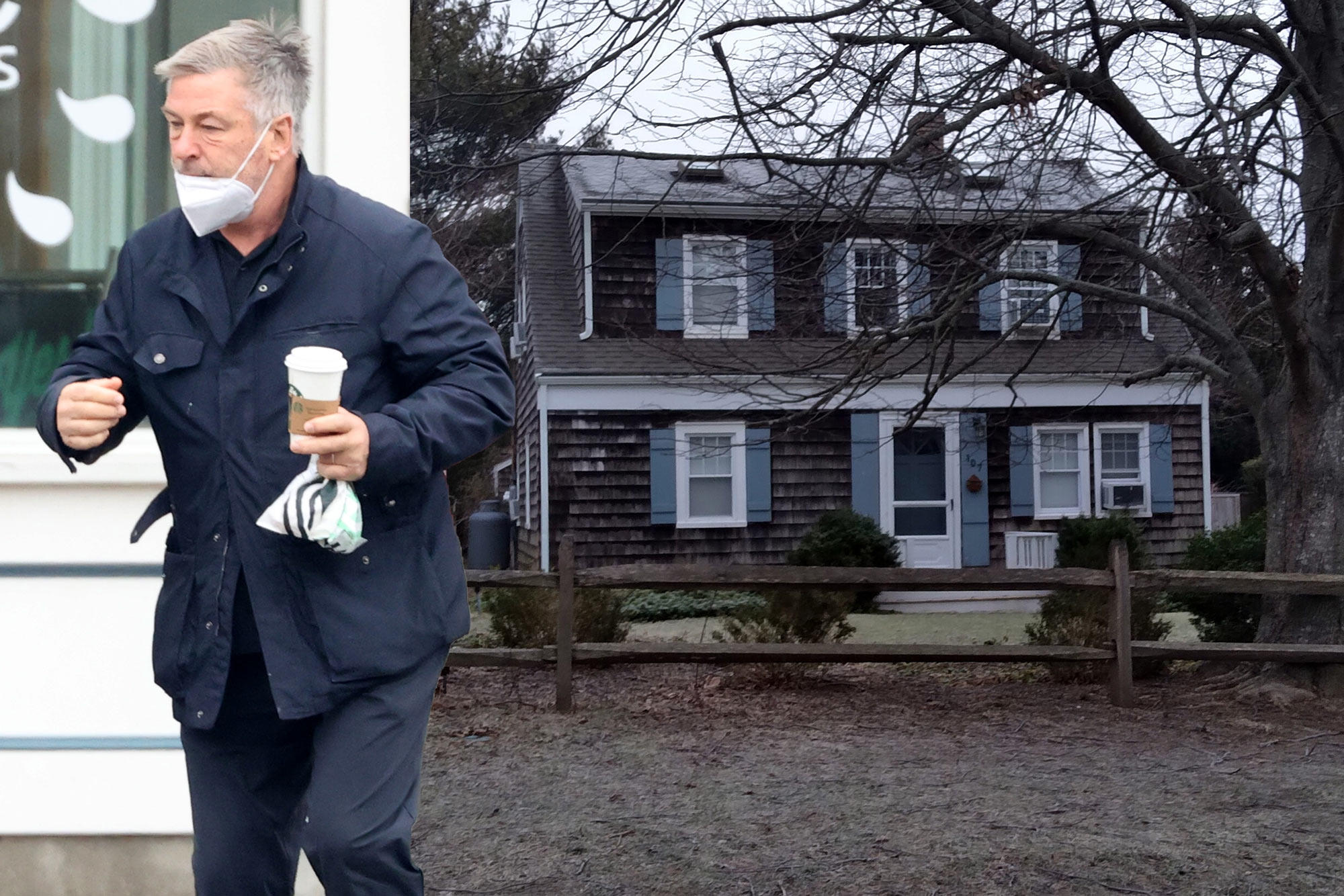 The 62-year-old actor has been staying at a rental house in Amagansett about a mile away from his family’s Hamptons estate, sources told Page Six. One source said Alec has been quarantining there as he goes back and forth to New York City while filming a project.

A spy said Alec has been spotted coming and going alone from the rental.

In December, Alec opened up about his having to quarantine away from his wife and their five children.

“I’m here in this guesthouse that’s near our house, that I’m staying in when I’m quarantining,” the former “30 Rock” star said in an Instagram video. “I go into New York and work a little bit and come back and have to quarantine here for a few days. It’s not a lot of fun.”

A rep for the couple didn’t immediately respond to Page Six’s request for comment.

Alec’s self-imposed quarantine comes amid the Spanish heritage scandal surrounding Hilaria, which revealed she’s a born and bred Bostonian named Hillary Hayward-Thomas — and not a native of Spain.

Since the new year, Alec and Hilaria were photographed together one time on the property of their swanky estate. Hilaria, with baby Edu strapped to her chest, strolled the grounds for an hour with Alec, their kids and a pair of nannies. Hilaria spent most of the walk holding up her phone and talking into it, though at one point, Alec stepped in to give her and the baby a big hug.

Alec Baldwin seen by himself in the HamptonsMatt Agudo / SplashNews.com

The couple are reportedly “very upset” over the scandal and Hilaria is said to be handling the influx of social media criticism poorly.

In an attempt to salvage her image, Hilaria, 37, tried to explain her pseudo-Spanish accent and heritage to the New York Times but ended up blaming everyone else.

“There is not something I’m doing wrong, and I think there is a difference between hiding and creating a boundary,” she said.