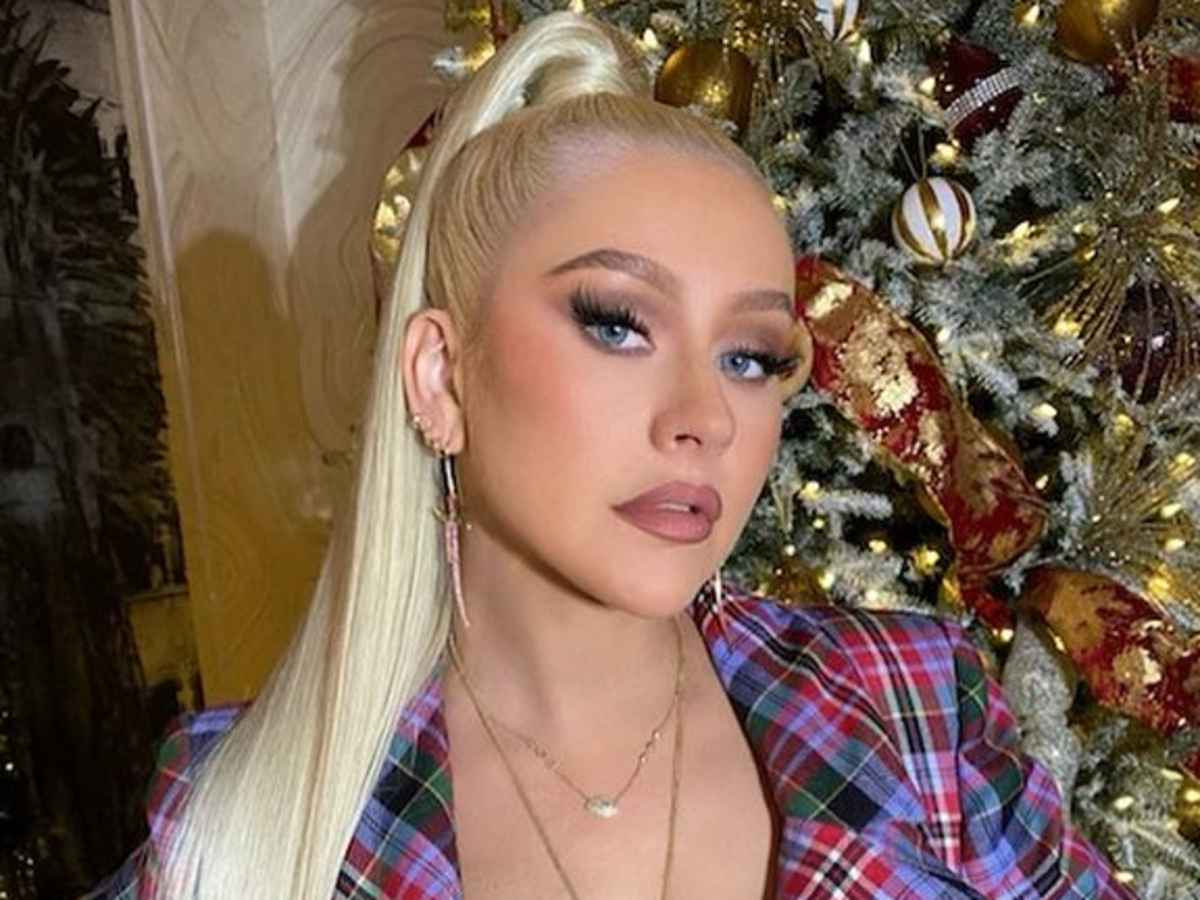 Christina Aguilera ushered in the new year in a racy display that she shared across her social media accounts. The singer who has won five Grammys and been nominated a whopping 20 times filmed herself wearing a cowboy hat while taking a bubble bath. In her hands was a bottle of Jay-Z‘s champagne  Armand de Brignac. Christina shared several photos over the holidays of herself with champagne and it seemed apparent she was ready to celebrate the new year with a toast.
Christina looked like she was in a great mood while she tossed around in the bubbles while giving the camera sultry stares. It’s hard to believe that Christina is 40-years-old as her face looked flawless. Though she was in the bubble bath, Christina wore full makeup and added to the video’s ambiance by adding a retro filter that gave everything a soft, golden glow.
Christina had a hard time protecting her modesty as she held the champagne bottle with one hand and covered her chest with the other. She could be seen swaying back and forth in the tub while sipping the champagne. At one point, Christine looked like she was going to spray the bubbly into the bubbles in her bath.
Eagle-eyed fans were quick to look around and get a good view of Christina’s bathroom and many were amazed at how opulent everything was. The video currently has more than 860,000 likes on Instagram and over 15,000 like on Twitter.
Many said they were going to go into 2021 with the same energy that Christina showed off in her video.
You may see the video that Christina Aguilera shared of herself lounging around in the luxurious bathtub below.

Christina is engaged to Matthew Rutler and the blonde beauty looked like she was only expecting wonderful things to happen in 2021 — will she and Matthew walk down the aisle? Christina was previously married to Jordan Bratman and has been with Matthew for 10 years.
What do you think about Christina Aguilera’s New Year’s Eve video?
Charisse Van Horn is a freelance writer from Tampa Bay. She enjoys writing about celebrities, entertainment, and fashion. Any reproduction of this article outside of Celebrity Insider will be met with legal action by the writer.