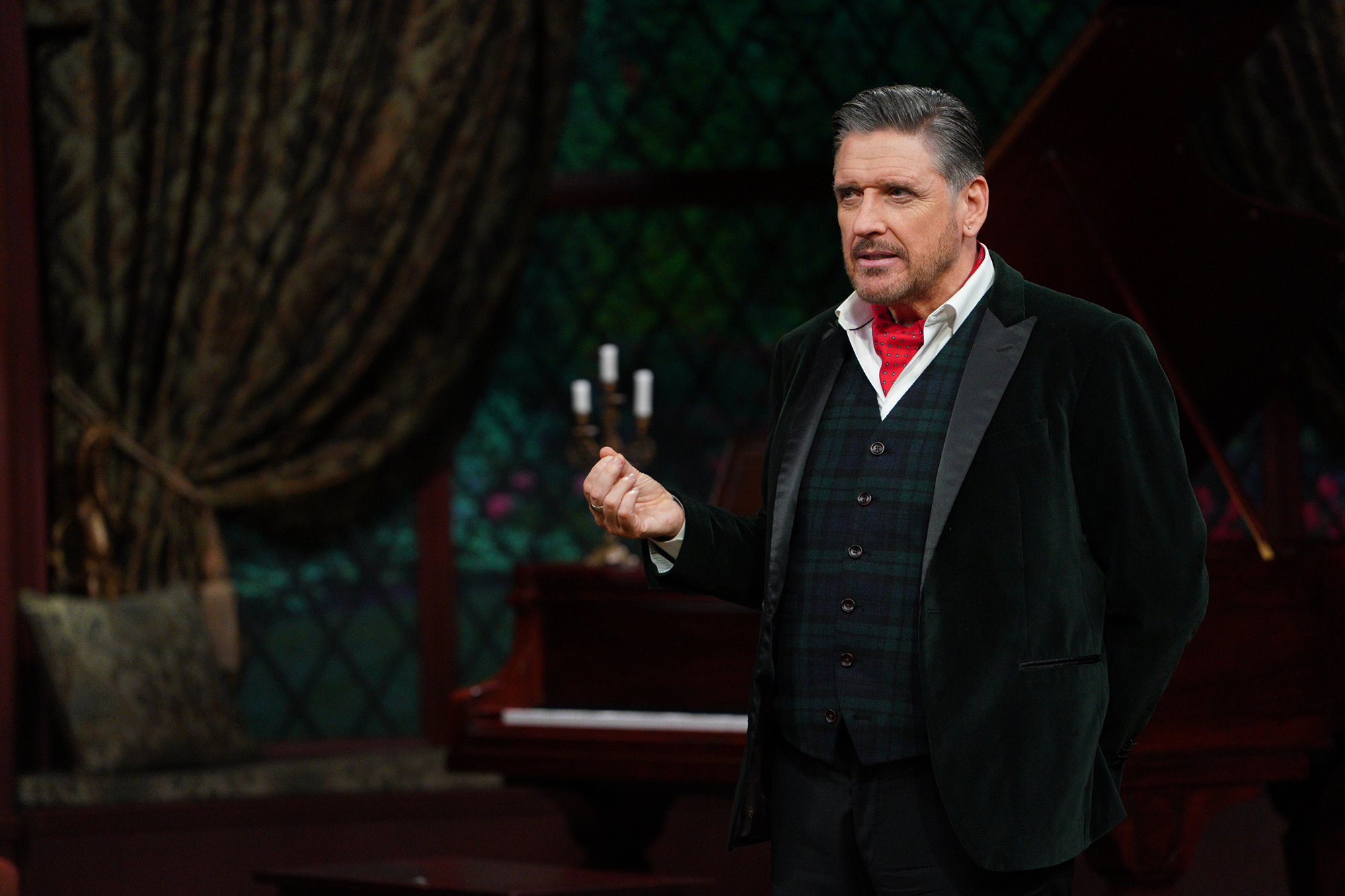 Craig Ferguson returns to broadcast television with ABC’s “The Hustler,” a trivia game show in which one of five contestants is a ringer trying to fool his/her competitors in a murder-mystery-type setting.

“I don’t know who [‘The Hustler’] is and that’s one of the thing I love about the show,” says Ferguson, 58, back on network TV for the first time since leaving CBS’ “The Late Late Show” in 2015. “I’m playing along with everyone else at the same time — and I never once got it right.

“I didn’t want to know who ‘The Hustler’ was was because then I wasn’t faking anything,” he says. “It’s much more engaging and fun to do it like that. And there was an added bonus: when you’re doing a game show, standards-and-practices are all over you making sure you don’t show any bias.”

Each episode finds Ferguson, wearing a smoking jacket and bantering with the contestants on a set that resembles a drawing room/library. The five participants size each other up while answering 10 trivia questions; “The Hustler” already knows the answers — the questions are geared toward their life experiences — and secretly eliminates two contestants each week for a final faceoff that could net him/her a $100,000 payoff.

(The series premiered Monday night and moves to its regular 10 p.m. timeslot on Thursday.)

The genre is not new to Ferguson, who hosted the syndicated game show “Celebrity Name Game” from 2014-2017 and also hosted History’s “Join or Die with Craig Ferguson” for one season in 2016.

“This is not quite a game show but it’s kind of a reality show where you get to know the personalities of the contestants,” he says of “The Hustler.” “Who’s doing what, why is he being such a jerk … and the other part of the mix is…sort of a ‘Knives Out’/’Clue’ vibe that’s going on. It’s a hybrid of all those things which helps create the murder-mystery atmosphere.”

Ferguson says the format of “The Hustler” spurred his return to network television.

“I liked the idea and wanted to do some TV, but I wanted something that existed within its own world,” he says. “When I last did standup, in 2019, I made a rule for myself, a stylistic choice of not doing politics at all…and I kind of liked the idea of that it was topical to its own world. Things matter, but they matter within the show.

“This is family television,” he says. “You can watch it with an angry teen, a hyperactive tween, an angry grandma or a depressed middle-aged person. It’s entertainment for its own sake, and it’s getting harder and harder to do that. That’s why I loved the challenge and what drew me in.

“It didn’t matter of it was network TV or streaming or anything else — it’s more about the [hosting] job itself.”

And, Ferguson says, “The Hustler” (shot pre-COVID) morphed into a different kind of show than was initially envisioned.

“When we made the pilot it was much more like a big, shiny game show. There wasn’t the murder-mystery vibe,” he says. “We added that afterward and accentuated it with the idea of putting it in a haunted-house environment which helped put an imaginative slant on the game, rather than it just being a cookie-cutter game show.

“As the series goes on, you’ll see contestants who start making judgments based on age, gender or race — and suddenly that all goes out the window because it’s wrong…and messes with their internal profiling.”

Is Olivia Munn Looking For Love With An Older Man?