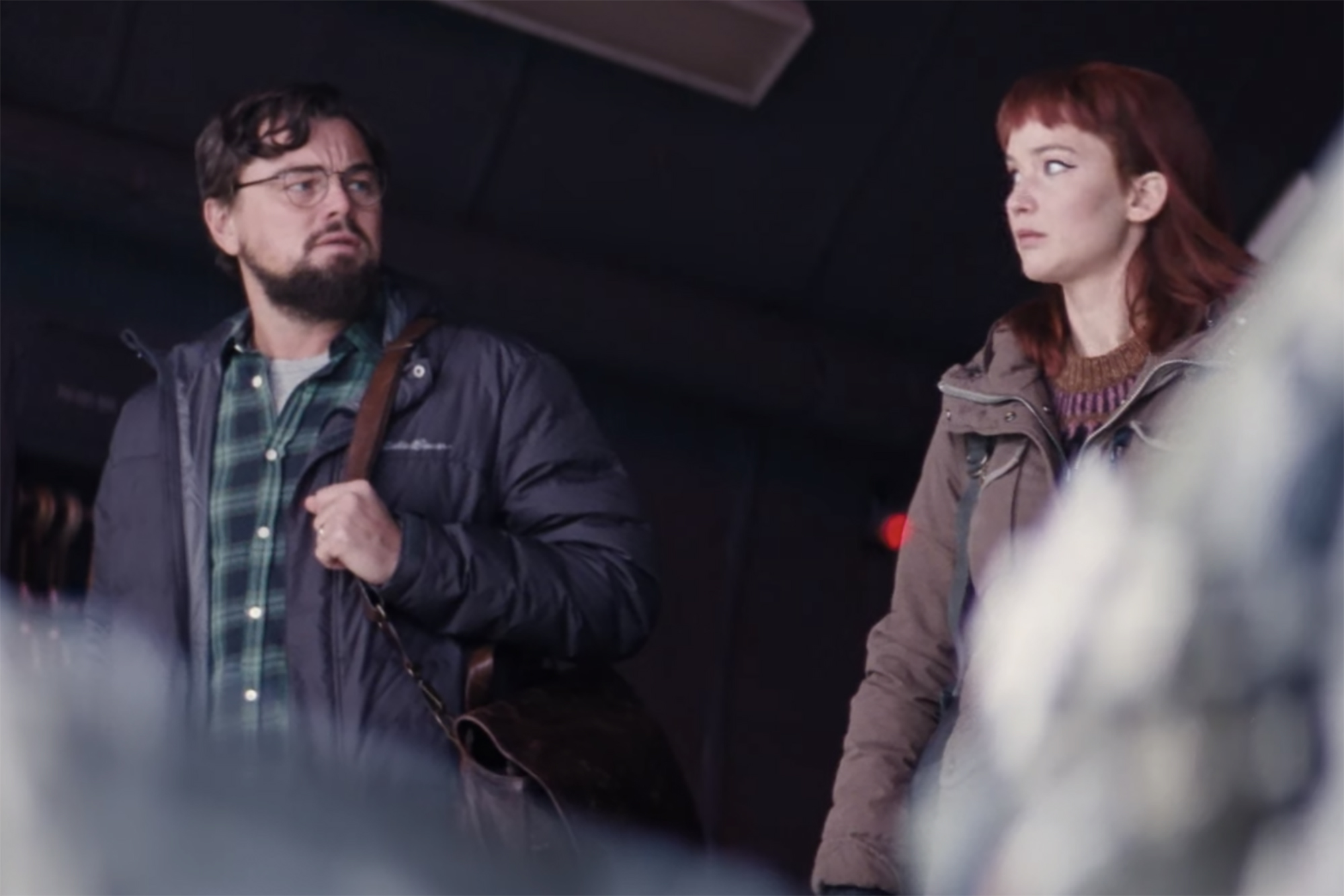 Remember when Netflix had just one original film? It was called “Beasts of No Nation,” starred Idris Elba and was released in the faraway days of 2015.

Six years later, the streaming giant plans to release at least 72 movies in 2021, it announced Tuesday in a surprise teaser trailer.

And that huge number doesn’t even factor in additional projects that might pop up — like last year’s “Death to 2020” — or film festival acquisitions, such as “Mucho Mucho Amor,” “The Forty-Year-Old Version” and “His House” that Netflix bought at Sundance in 2020.

This year, the streamer promises at least one movie every week. It’s almost like ABC’s dusty old television anthology Movie of the Week, but instead of Ernest Borgnine and Cheryl Ladd, we get Leonardo DiCaprio and Jennifer Lawrence.

Here are some of the most promising Netflix films coming to your couch in 2021. The release dates have not yet been announced.

“The Woman in the Window”

“The Woman in the Window” stars Amy Adams, as an agoraphobic woman who lives alone in New York and begins spying on her new neighbors, only to witness a disturbing act of violence.Melinda Sue Gordon / Netflix Inc

21st Century Fox had planned to release this Amy Adams thriller before the famed studio was bought by Disney. Now the film — written by the ferocious, smart Tracy Letts — about a New York psychiatrist whose neighbor goes missing, will head straight to streaming instead. It also stars Gary Oldman, Julianne Moore, Brian Tyree Henry and Anthony Mackie. Joe Wright directs.

Marilyn Monroe is an unjustly ignored historical figure. Just kidding! A bunch of actresses have played the Hollywood legend already — Michelle Williams, Ashley Judd and Barbara Niven among them. The flop NBC drama “Smash” was about the creation of a fake Broadway musical about Monroe called “Bombshell.” Now, the breakout star of “Knives Out” (and soon-to-be Bond girl in “No Time To Die”) Ana de Armas will play the tragic “Gentlemen Prefer Blondes” star, alongside Adrien Brody as Arthur Miller and Bobby Cannavale as Joe DiMaggio.

“Don’t Look Up” tells the story of two low-level astronomers, who must go on a giant media tour to warn mankind of an approaching comet that will destroy planet Earth.YouTube/Netflix

Netflix has quickly turned into a magnet for Oscar contenders (“Roma,” “The Irishman” and last year’s “Da 5 Bloods,” “The Trial of the Chicago 7” and “Mank“). “Don’t Look Up” could be one the service’s awards bait films for 2021. The cast is a deck of Oscar nominees and winners: Meryl Streep, Cate Blanchett, Leonardo DiCaprio, Jennifer Lawrence and Timothée Chalamet. Plus, the movie is directed by Adam McKay, who was nominated for directing “Vice” and “The Big Short.” The plot, however, sounds like sci-fi: Two astronauts try to warn the planet that a comet will destroy Earth.

“The Power of the Dog”

Another Oscar-nominated director in the mix is Jane Campion (“The Piano”). Her movie is about two ranch-owning brothers (Benedict Cumberbatch and Jesse Plemons) in Montana. The macho movie also stars Kirsten Dunst, Frances Conroy and Keith Carradine.

You probably know the Broadway musical “Rent” — and if you don’t, check out Post Broadway columnist Michael Riedel’s delectable new book “Singular Sensation: The Triumph of Broadway” — but you’ve probably never heard of the late composer Jonathan Larson’s other show, “Tick, Tick … Boom!” The autobiographical musical, which premiered off-off-Broadway in 1990, has been tinkered a lot with since Larson’s 1996 death, and the same is true now. The script for the movie version was written by Steven Levenson, the talented book writer of “Dear Evan Hansen,” and it also marks Lin-Manuel Miranda’s movie directing debut. The musical is packed with catchy tunes with smart lyrics.

“Beauty” is written by Lena Waithe.YouTube

Lena Waithe is a tremendously talented writer — if you’ve never seen the “Thanksgiving” episode of “Master of None,” you should fix that — and her latest film has an enticing premise: A young black woman scores a major recording deal, and the fame begins to complicate her personal life. It features Niecy Nash and Sharon Stone in supporting roles.

I’ll admit, I believe Netflix is starting to turn out too much Christmas schlock for its own good. Proving my point, in 2021 they’re giving us “The Princess Switch 3.” Please, Netflix, flip that switch off. The pedigree of “A Boy Called Christmas,” however, is a step above that — Maggie Smith is in it! — and the plot in which a kid ventures off to the land of the elves has a more adventurous spirit than usual.

This one isn’t keeping me up at night in giddy anticipation — but America will love it, because it stars Dwayne “The Rock” Johnson. With his theatrically released movies, Johnson usually prints money, and audiences will be excited to get his latest with their Netflix subscription. In the flick, Johnson plays an FBI agent while Gal Gadot and Ryan Reynolds are wanted criminals.

“The Harder They Fall”

In “The Harder They Fall,” Nat Love (Jonathan Majors) discovers that his enemy, Rufus Buck (Idris Elba), is being released from prison.YouTube

“Moxie,” directed by and starring Amy Poehler, will be released March 3.YouTube

A lot of Netflix’s lineup is super serious, but not this comedy directed by Amy Poehler. The powerhouse also appears in the movie about a teen girl who shakes up her high school when she starts anonymously publishing a rebellious magazine. It also features Ike Barinholtz, Marcia Gay Harden, Josephine Langford and Patrick Schwarzenegger.