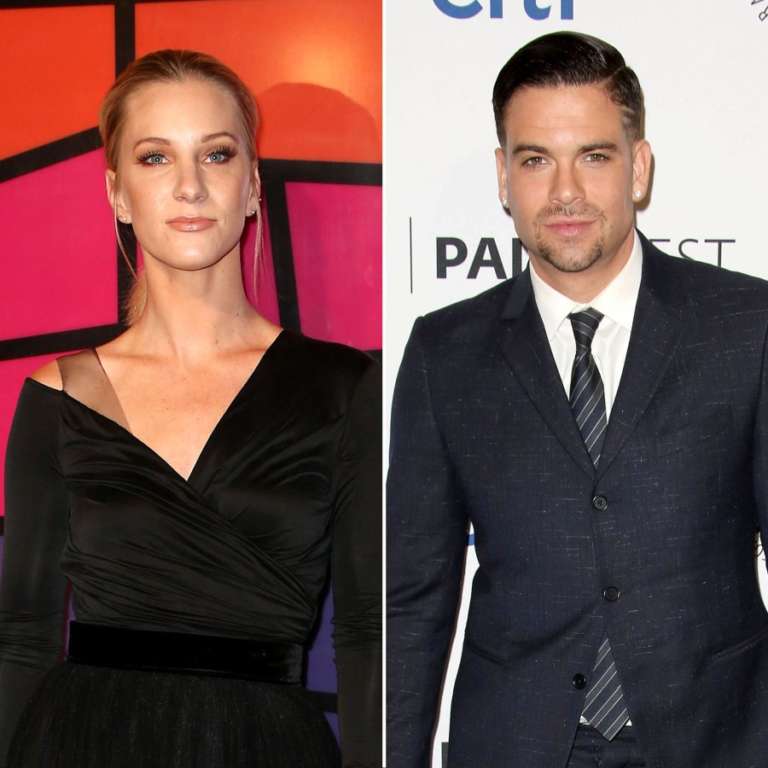 Heather Morris was really hurt when a Glee fan shared ‘A Very Glee Christmas’ images but kept one of the cast members out of it – Mark Salling! It’s definitely a very sensitive and controversial matter and in response to her reaction, fans had different opinions!
As you might know, Mark Salling committed suicide after having been caught with a huge amount of inappropriate child content on his computer.
But Heather Morris, while acknowledging that what he did was not right in the slightest, was still hurt and disappointed that her friend, who was ‘sick’ would be hated so much even after his passing.
It all started with that one user posting a pic of the Glee cast and proceeding to cover Mark’s face with a vomiting emoji.
Then, the original post was retweeted by Glee alum Kevin McHale and that is when Heather noticed it, commenting: ‘the vomit face on Mark’s face is offensive.’
Fans were quick to join the conversation, some agreeing with her while others totally didn’t.
One fan, for instance, wrote that ‘His paedophilia was more offensive.’
‘He is still your cast member and your friend who you lost,’ another user acknowledged, however.
Earlier today, Heather returned to her platform to address her initial comment, tweeting that ‘We did not loose just two cast members, we lost three. And it’s SO incredible tough to have to act like that third one is invisible.’
She went on to stress that even though his actions are not justifiable, he was still part of the Glee family at some point in time.
Advertisement

‘So THANK YOU for [treating] me with such disrespect and such unkindness during a time that I cannot get through a single day without balling my eyes out at the loss of my Glee family… thank you,’ she concluded her post.

Kandi Burruss Reveals A New ‘Speak On It’ Episode

Caitlyn Jenner To Reportedly Appear On The ‘Sex And The City’ Reboot!