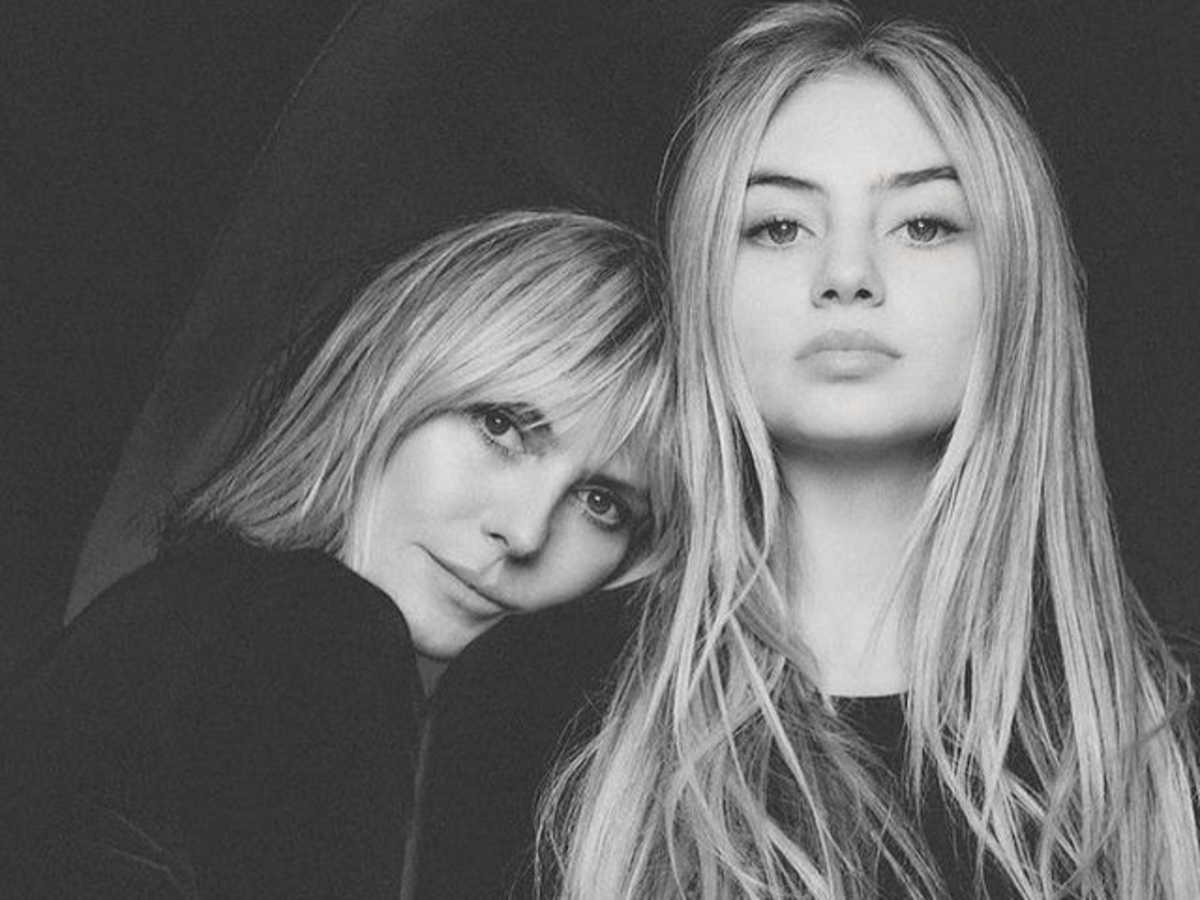 Heidi Klum’s sixteen-year-old daughter Leni is an aspiring model and having a supermodel for a mom isn’t hurting her career any. Leni landed a Vogue cover as she appeared on the cover of Vogue Germany with her famous mother for the January February 2021 edition. Now, the mother and daughter are showing the world just how close they are. Many were surprised to see how much Leni looks like Heidi as she gave her eldest child a sweet kiss on the cheek. Heidi and Leni wore mixed pieces from the same Versace Spring 2021 collection and looked stunning.
Both mother and daughter shared photos from the shoot on their official Instagram accounts where Heidi has 7.8 million followers. Heidi shared a video of herself with Leni where the two were jumping for joy over the new magazine cover. Heidi praised her little girl and her accomplishments in multiple posts where she wrote in German.
You may see a photo of the January/February Vogue Germany cover below.
Source: Vogue Germany/Leni Klum/Instagram
Leni Klum was clearly overjoyed by the incredible magazine cover and she shared multiple photos and videos on her Instagram account. Leni’s first Instagram post was about eight months ago and she kicked it off with a photo of herself and her stepfather Tom Kaulitz. Leni’s biological father is Flavio Briatore and when Heidi was married to Seal, he adopted her and gave her his last name.
Heidi and Seal divorced after seven years of marriage. You may see the photo that Leni Klum shared of herself holding the Vogue Germany issue she overs with her mom below.
Source: Leni Klum/Instagram
Leni shared the following message along with the photo.
So excited for my first cover!! I had so much fun on set with @voguegermany couldn’t dream of a better start!! Thank you for being by my side @heidiklum ❤
Photographer: @ChrisColls, Styling: @christianearpvogue, Styling Assistant: Sophia Scheuble, Make-Up: @lindahaymakeup, Hair: @hairbylorenzomartin
What do you think about Leni’s and Heidi’s photoshoot and Vogue Germany cover? Are you looking forward to seeing more of Leni as she furthers her modeling career?
Charisse Van Horn is a freelance writer from Tampa Bay. She enjoys writing about celebrities, entertainment, and fashion. Any reproduction of this article outside of Celebrity Insider will be met with legal action by the writer.