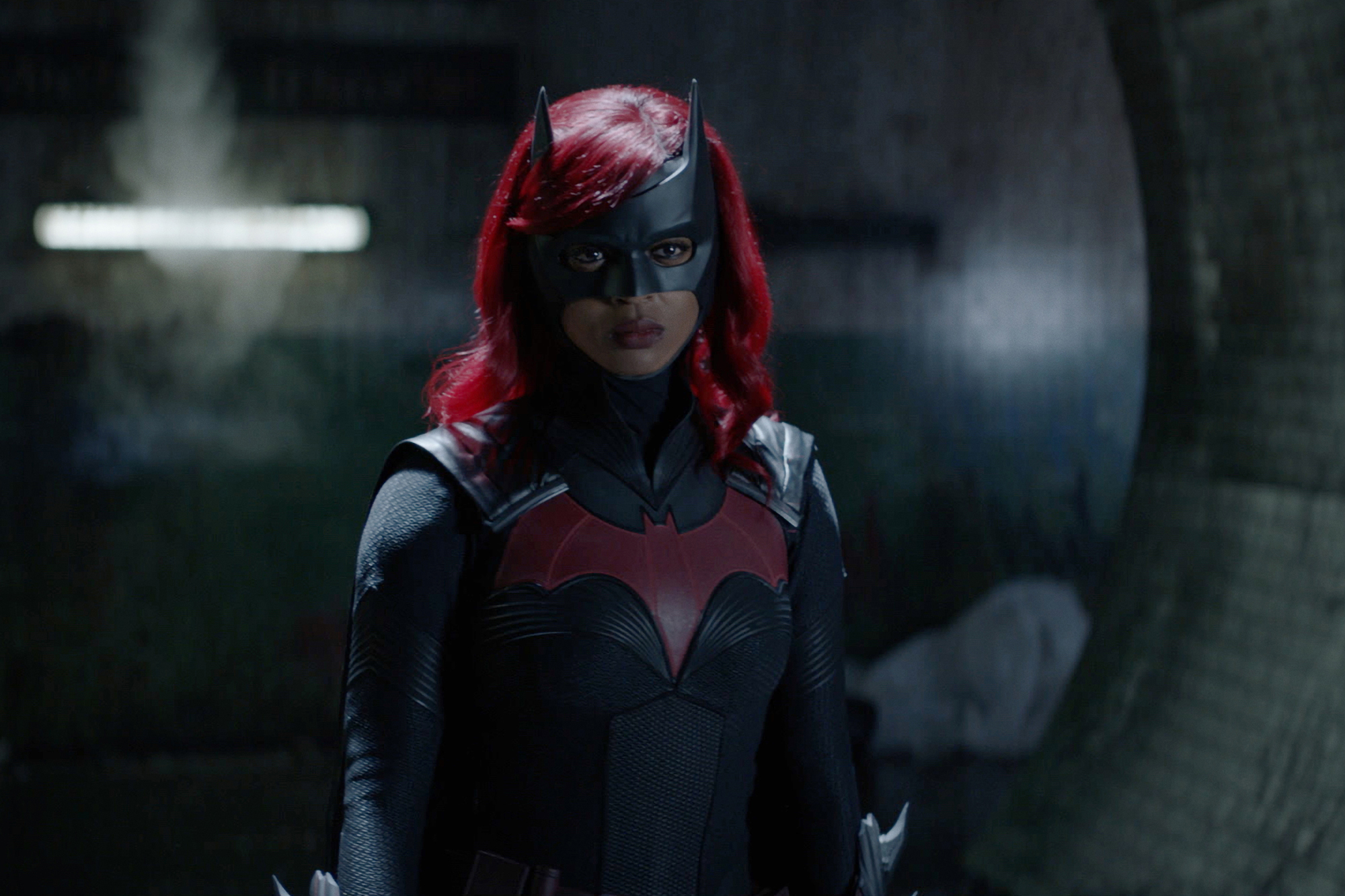 Leslie replaces Ruby Rose, who starred as Kate Kane, aka Batwoman, but abruptly departed The CW’s freshman superhero series for undisclosed reasons in May — leaving the show without a center.

When it returns Sunday (at 8 p.m.) for Season 2, “Batwoman” will follow new character Ryan Wilder (Leslie).

“I think [audiences are] going to love the character,” Leslie, 33, tells The Post.  “Ryan is a very relatable character, and I look forward to fans seeing themselves in her. I want her to show everybody that anyone can be a superhero.”

Leslie, who has a background in Muay Thai and does many of her own stunts on the show, is best known for “God Friended Me” and BET’s “The Family Business.” She says she did not feel a sense of pressure in taking up the Batwoman mantle.

“Honestly, you just come from the words and the imagination,” she says. “That’s really what it’s about — taking the  time to allow yourself to be a kid again. When you come from that perspective, there’s no pressure. I’m used to the type of work and ethic that comes with taking on a role like this.

“And I get to fly in the air for a living, I get to have fun,” she says. “That’s my life. It’s honestly an honor. So really, I just go to work every day happy.”

Season 1 of “Batwoman” followed Kate Kane (Rose), Bruce Wayne’s cousin who rose up to protect the streets of Gotham City. To accommodate Rose’s departure, Season 2 isn’t pretending that Kate never existed, nor is it recasting the character. Sunday’s season premiere, “Whatever Happened to Kate Kane?,” follows Kate’s allies and tech support team Luke Fox (Camrus Johson) and Mary Hamilton (Nicole Kang) as they react to the fact that she’s missing.

Javicia Leslie has a background in Muay Thai and does many of her own stunts on the show.THE CW

It also introduces Ryan (Leslie), a spirited young woman to whom life has dealt a rough hand.

“She’s loyal to a fault,” says Leslie. “She’s always willing to fight for people — but it’s hard when she also has vengeance, so she has to learn to put that aside. What makes her different from Kate [and from other Batwoman characters] is her past. She doesn’t come from a prestigious or wealthy family [but] from a part of Gotham that hasn’t been represented yet in the superhero universe. I look at Ryan as the underdog…a representative for those that don’t have voices.”

Like Kate, Ryan is a lesbian with a passion for justice, but that’s where their similarities end. Ryan has a criminal record (she was briefly incarcerated for a crime she did not commit) — but, regardless of her innocence, it’s hard for her to find a job.

When circumstances put the Batwoman suit into her hands, she gets a new opportunity.

“It was exciting and really emotional, because I know no other black actress or actor who’s put on the bat suit yet for a live-action project,” she says about donning the suit for the first time. So it was really cool to be a part of that journey, especially as a person who grew up watching ‘Batman.’ To know  that I’m a part of that family is something that I’ll be able to keep with me for the rest of my life, and that was really exciting to know that that’s a legacy I’ll leave.

“It was also super-fun because doing superhero shows in general means that all of your imagination gets to come to life [and] you can have as much fun as you possibly can.”