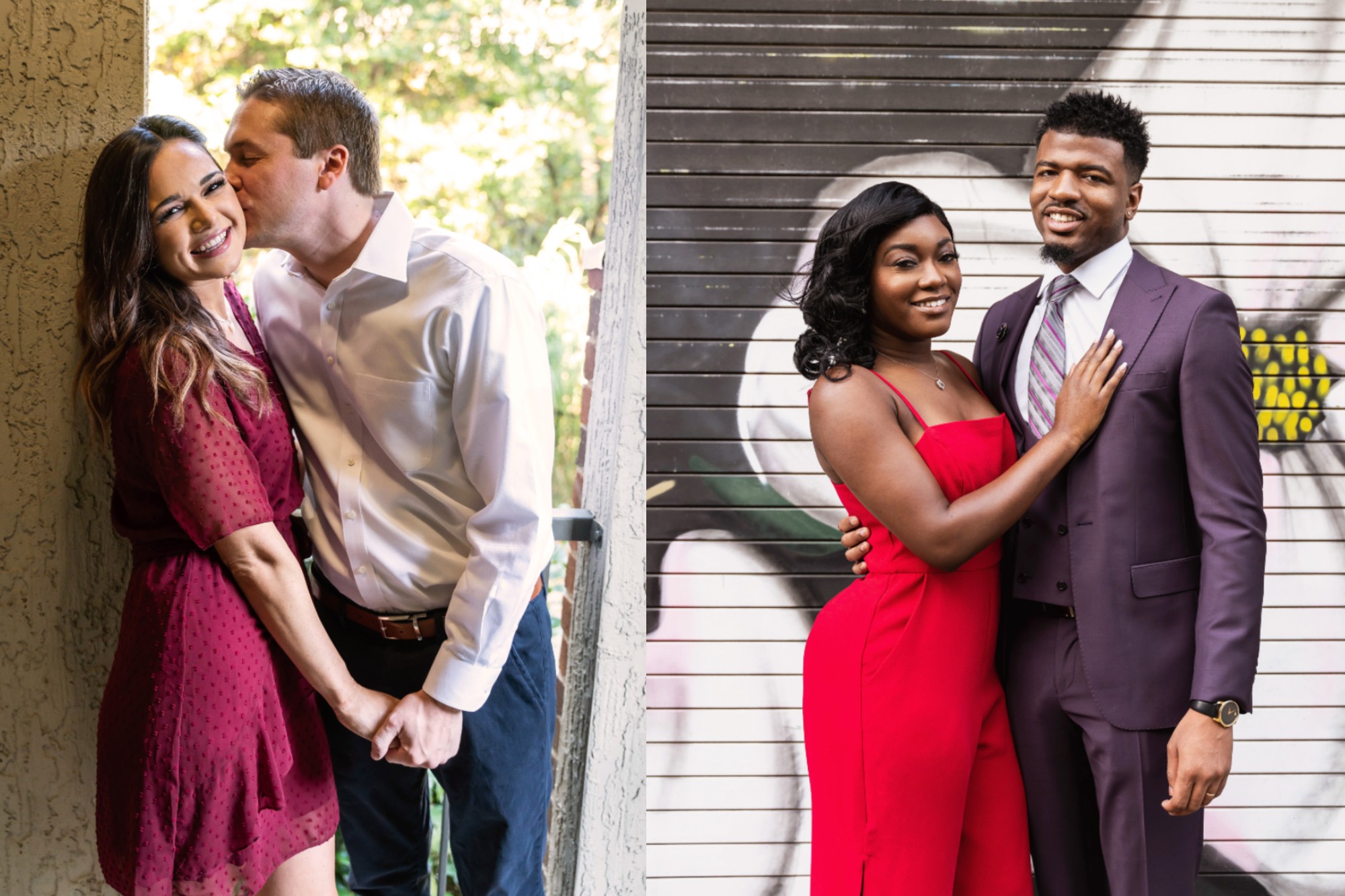 “Married at First Sight” is back.

Season 12 of the Lifetime reality show — in which relationship experts match strangers who meet for the first time at their wedding and stay together for two months — returned on January 13.

Five couples in Atlanta, Georgia, have taken the leap of faith.

At the end of last season, which took place in New Orleans, Louisiana, three of the five couples decided to stay together, with two opting for divorce.

For the first time in MAFS history, one of the contestants has been married (and divorced) before.

Here’s everything you need to know about this season’s singles.

Clara is ready to find her perfect match. The 27-year-old flight attendant is sick of being hit on by her passengers and going on dates with men who don’t take her seriously. The randy contestant bought the other women lingerie to wear on their honeymoons.

Ryan’s parents have been married for over 30 years, and he wants a love just like theirs. On the premiere episode, Ryan spoke about being one of the only black students in his class, and the racist comments he’s received while being in interracial relationships before. He works as a project manager for a software company.

Jacob and Haley have a 10-year age gap between them, but the experts hope that won’t be an issue. Haley, 28, works as an account executive. She’s been a bridesmaid 14 times, and now her friends are excited to support her on her big day. Haley is still working on some trust issues from her last relationship (he got another women pregnant while they were still together) and wants a partner who will always support her.

Jacob, 38, is a senior IT analyst. He loves the fun things in life, especially ’80s movies. He’s been on his own for a long time and is committed to finding a wife and starting a family as he nears 40.

Well-dressed Chris made a bold introduction on the show. The 27-year-old ended an engagement only months before appearing on MAFS. Chris wants seven kids and a “submissive” wife who isn’t into him for his money. He was raised by pastors, and often gets the counsel of his own.

That may make him a good match for Paige, who specifically asked the matchmaking experts for a “God-fearing” husband. The 25-year-old hopes to have one of the first successful marriages in her family. Although she’s young, she already owns a home and has established her accounting career.

Virginia loves going out to bars and concerts. The 26-year-old is looking for someone to be her plus one, or at least someone who won’t stop her from hitting the town. Her traditional family is apprehensive about her getting married this way.

Erik is a homebody, and the experts believe they’ll balance each other out. He works as a pilot, which has complicated many of his past relationships. The 34-year-old is ready to find his flying partner.

Briana is a 28-year-old engineer. She likes structure and an organized household. Although it takes her a bit to open up to people, she’s ready to find her life partner.

Vincent, also 28, works as an auto broker. His last relationship ended because his girlfriend wasn’t supportive of him starting his own business and disliked that he didn’t have a degree. Now, he’s hoping the experts have found him a woman who will have his back no matter what.