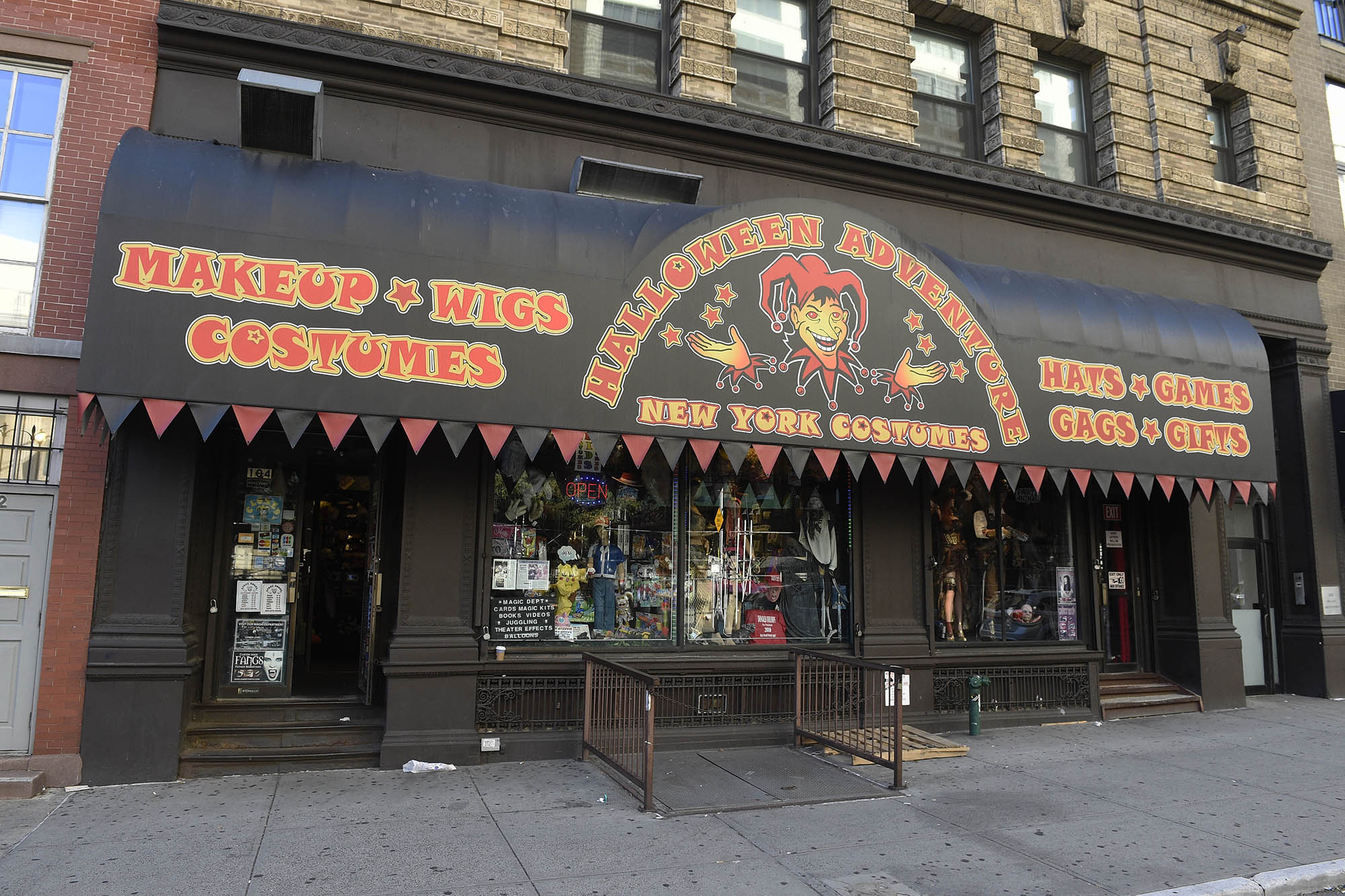 No costume is nearly as scary as the notion of a New York City bereft of Halloween Adventure.

After nearly four decades in business on the Lower East Side, the beloved year-round superstore Halloween Adventure is shuttering.

Located at 808 Broadway and Fourth Avenue, the shop features an extensive array of props, masks, outfits — and, reliably, local characters — in its sprawling, only-in-New-York block-through store.

“Another one bites the dust. Childhood favorite, Halloween Adventure announced it is closing after nearly 40 years in business,” filmmaker and influencer New York Nico captioned a Friday Instagram post showing off the business’ variety of zany displays. “The best short cut from 4th Ave to Broadway there will ever be. RIP.”

The business has been promoting huge clearance sales since November, and is currently offering up to 75% percent off the entire store. A staff member confirmed to TimeOut that the LES fixture will indeed “be closing soon,” although they did not have a set date.

The iconic one-stop shop did not immediately respond to The Post’s request for comment — but more than 40,000 reactions and comments flooded the initial Instagram announcement.

“What a shame…I got my master’s degree in silliness there and your right…most colorful alley in NYC,” one fan posted.

Actress Chloë Sevigny, 46, and perennial NYC scene-maker weighed in with a crying emoji.

“My grandmother use to bring me here, one of the first places she loved when she arrived in this country,” another opined. “And I was looking forward to taking my kids …”

“This one really hurts man,” commented another, summing up the general downbeat vibe of the business’ death notice.

Halloween Adventure — which also has two Pennsylvania locations — has been at its current address since 1996, expanding to include its second entrance in 2004. The colorful business began in 1981, hosting pop-ups around the East Village before acquiring its permanent home, TimeOut reported.

The shop now joins a long list of cherished small businesses in NYC tragically unable to make it to the other side of the ongoing pandemic.

In response to the first question on Halloween Adventure’s colorful FAQ page — “What do you guys sell when it’s not Halloween? How do you stay in business the rest of the year?” — the shop offers a comment which now rings tragically nostalgic.

“We are…in the city that never sleeps; people throw theme parties every other day! This is also the biggest theater town there is! People need costumes and props and makeup and fog machines for all sorts of things.”

Safaree Shares A Video Featuring His And Erica Mena’s Daughter That Has Fans In Awe – Check Out Her Sweet Face
Taraji P. Reveals That She Lied To Her Son About His Father Being Murdered Because She Didn’t Know How To Tell Him The Truth
Comment