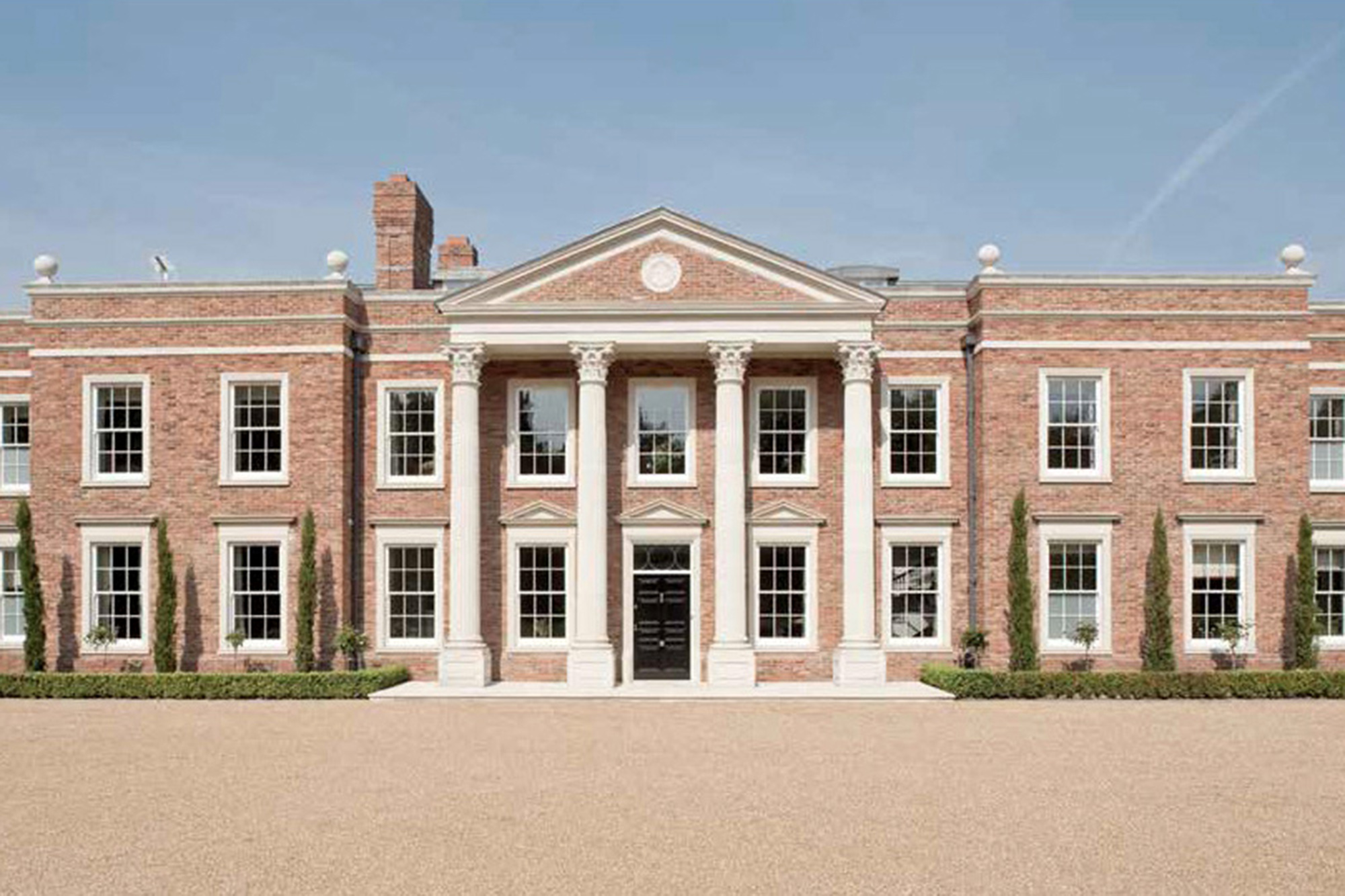 The Queen of England has a new neighbor — an anonymous Russian oil tycoon who first viewed the property over Skype in October.

“At the height of lockdown, we showed him the house on Skype on our phones, room by room, while he was based in Russia,” Jeremy Gee, managing director of Beauchamp Estates told The Post, adding that the buyer has made his fortune in the oil industry.

The buyer, who has two teenage children attending private school in the UK, flew in on a private jet to see the house in person before closing on the home, Gee said.

The nine-bedroom, 18-bathroom home is a replica of Wilfield House, the official house of the US ambassador to the UK. Some 20 miles west of London, the property on Wick Road is the biggest deal Surrey has seen in the past five years, Gee said.

A Russian oil tycoon has snapped up a British mansion, Windsor Park Hall, for £21.5 million, which will make him next-door neighbors with Windsor Castle.Beauchamp Estates

“Find me a home in the country with all the toys and all the facilities for teenage children,” the buyer told Beauchamp Estates, Gee said.

“They already own a property in central London,” he added, “but they wanted to buy a home outside of London so next time when they’re there, they don’t have to go into London” because of the coronavirus pandemic’s severity in the UK’s capital. The buyer also owns homes in Belgravia, London, France and Lake Monaco, he said.

The property has seven acres filled with box hedges, fountains, manicured lawns and gardens and tree-lined paths — plus a tennis court and helipad.

The facade of the 29,000-square-foot house is defined by four neoclassical pillars and more than 20 windows. The two-story entrance hall has a custom-made chandelier and a winding staircase to the second floor of the entryway.

“A £21.5 million sale in the country is exceptional,” said Gee, who highlighted that the master bedroom has dual dressing rooms and bathrooms and is the size of a full apartment.

An indoor pool is housed in a conservatory-like glass room that opens up onto the lawn. Beauchamp Estates

A pool table is among the amenities that appealed to the buyer. Beauchamp Estates

Apple Inc on Wednesday said it was putting $60 million…

Downstairs, the home is decked out with entertainment amenities, including a bowling alley, private cinema, wine room with storage capacity for several hundred bottles, wine-tasting room, gym, sauna, steam room, changing facilities, game room, club room and ballroom with a 120-guest capacity (in non-COVID times). Plus, an indoor pool is housed in a conservatory-like glass room that opens up onto the lawn.

“The pool is glorious, designed just like an all-glass orangery,” said Gee.

A wealthy real estate investor with a large portfolio previously owned the home but “no longer needed it,” Gee said. Famed British interior designers Nick and Christian Candy, who designed the uber-expensive 1 Hyde Park in London, built the house in 2012 to emulate classic British architecture.

“Super-prime buyers, if they’re buying a country house or a mansion in the UK, they want to buy a slice of British history, architecture and craftsmanship — a slice of ‘Bridgerton,’ ” he said, referencing Netflix’s new hit set in the Regency era of London.