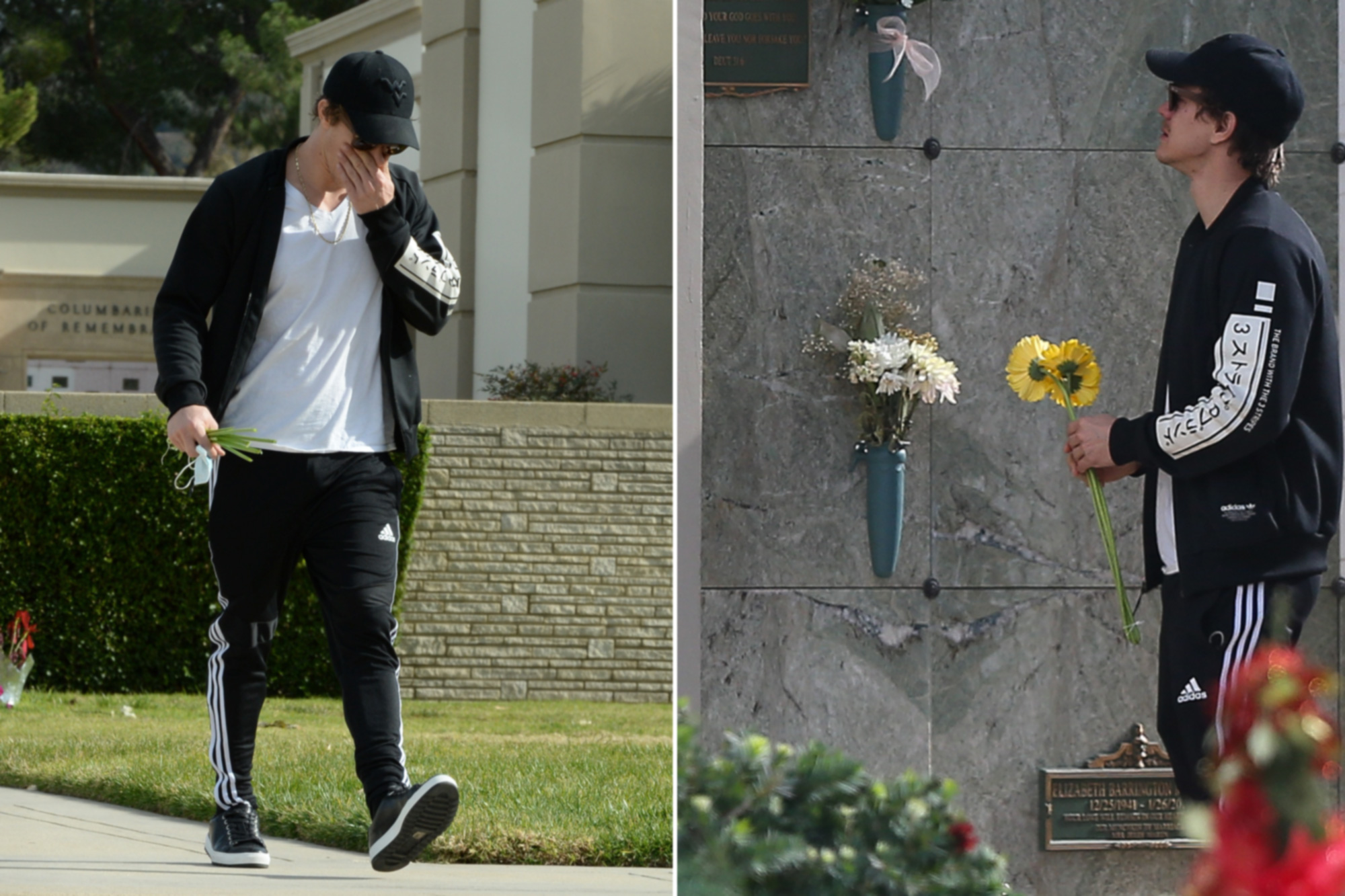 Naya Rivera’s ex-husband, Ryan Dorsey, was photographed in tears as he visited the “Glee” star’s grave in Los Angeles on what would have been her 34th birthday.

Dorsey, 37, was snapped at Forest Lawn Cemetery in the Hollywood Hills, where celebrities like Bette Davis and Bill Withers are also interred. The “Station 19” actor clutched a small bouquet of sunflowers, which he left with Rivera, and covered his face as he left the cemetery.

Rivera drowned last July while on a day trip with her son to Lake Piru in Southern California. Though a strong swimmer, Rivera struggled with vertigo that intensified while in the water, and she became disoriented while swimming, though she was able to get her son, Josey, back onto the boat before she disappeared.

Dorsey filed a wrongful death suit on behalf of Josey in November against Ventura County’s Parks and Recreation Management and United Water Conservation District. In it, he alleges that Rivera’s death was preventable and that the boat she rented — absent floatation devices required by California law — didn’t comply with Coast Guard safety standards.

In September, Dorsey, who was married to Rivera from 2014 to 2018, blasted the “absurd narratives” around the nature of his relationship with Rivera’s sister, Nickayla Rivera, who moved in with him to help care for Josey.

“[Josey] asked me if Titi can live with us. ‘I want Titi to live with us forever,’ because she’s now the closest thing that he has to a mom,” Dorsey said in an emotional video he posted to Instagram.

Budweiser to pass on Super Bowl commercials this year