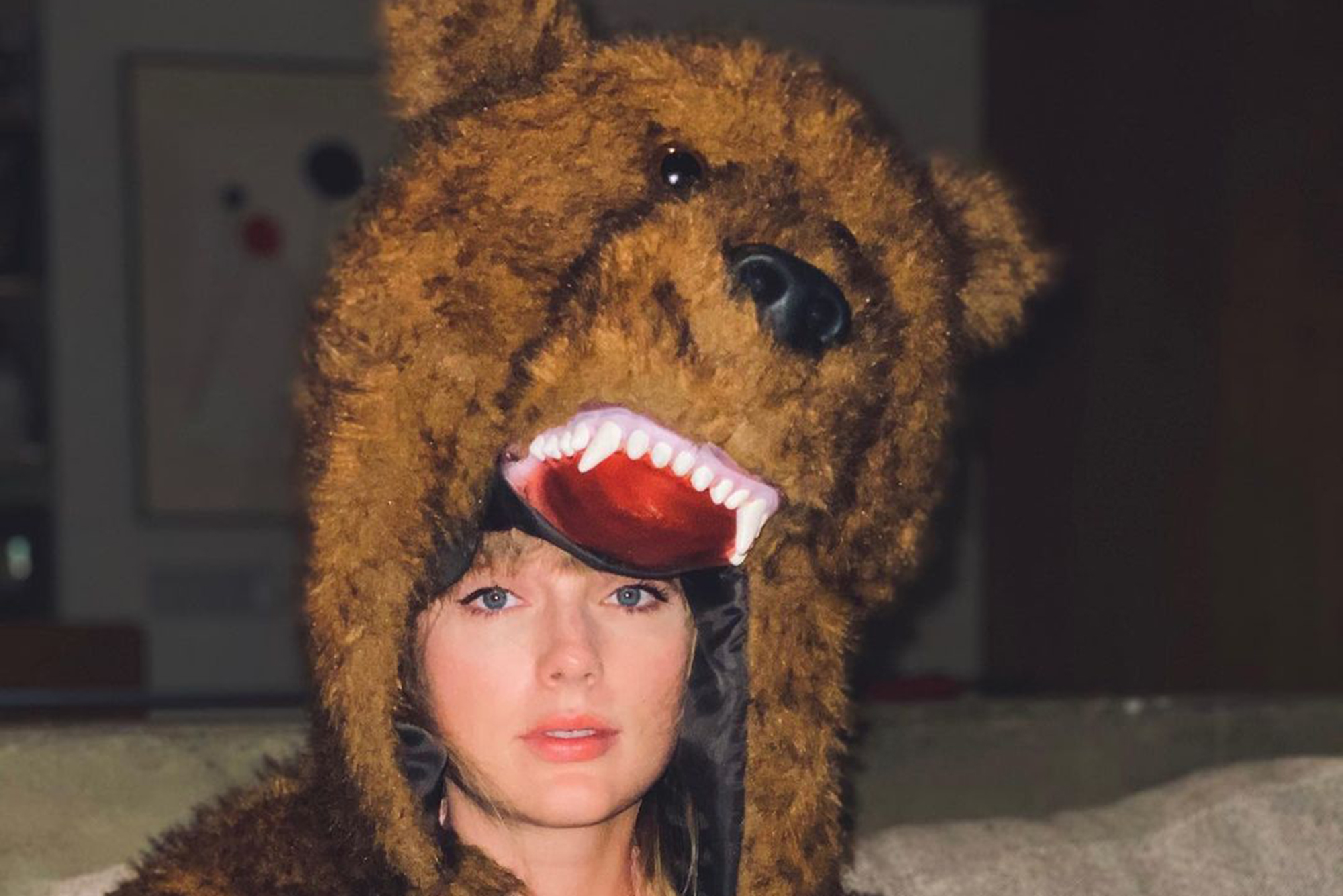 Taylor Swift’s costume is straight out of the woods.

In the wild snap, captioned, “bye 2020 it’s been weird,” the “Cardigan” crooner sports a furry coat with a huge, toothy bear head attached to the hood.

‘Tis the damn season for an elaborate Taylor Swift costume, as she spent last New Year’s Eve in an Ariel outfit for her star-studded childhood heroes themed party.

While Swift’s caption left no hints about the costume’s meaning, perhaps the bear suit is a nod to her 2020 “Folklore” song “Mad Woman,” where she repeatedly sings, “you’ll poke that bear ’til her claws come out.”

In an interview with Entertainment Weekly, Swift previously confirmed that the song was about her dispute with music executive Scooter Braun over control of her master recordings and said that it felt “f—ing fantastic” to drop the F-bomb on the groundbreaking track.

After recently stating that Braun is trying to “silence” her, perhaps the costume is a sign she’s ready to let her claws come out in 2021.

Given Swift’s propensity for leaving cryptic “Easter egg” clues about new projects, fans were skeptical about taking the post at face value.

“ok taylor what does this mean? New album? Bear aesthetics? Re-recordings coming? New announcement? I can’t bear this,” one tweeted.

As Swift is seemingly in the process of re-recording her 2012 album “Red,” many Twitter users also spotted similarities with a 2012 photo where Swift wore a fluffy coat with bear ears.

Although the bear suit also has a woodsy aesthetic, Swift has previously denied rumors that “Woodvale” will be the name of her next album.

2020 has been a year of surprises from Swift, including two unexpected albums, “Folklore” and “Evermore.” The star has also been living out her own love story, as her boyfriend Joe Alwyn contributed to “Folklore” under a pseudonym.

If the costume is any indication, 2021 is about to be another beary interesting year for Swift.

Cardi B goes shopping in a completely see-through dress