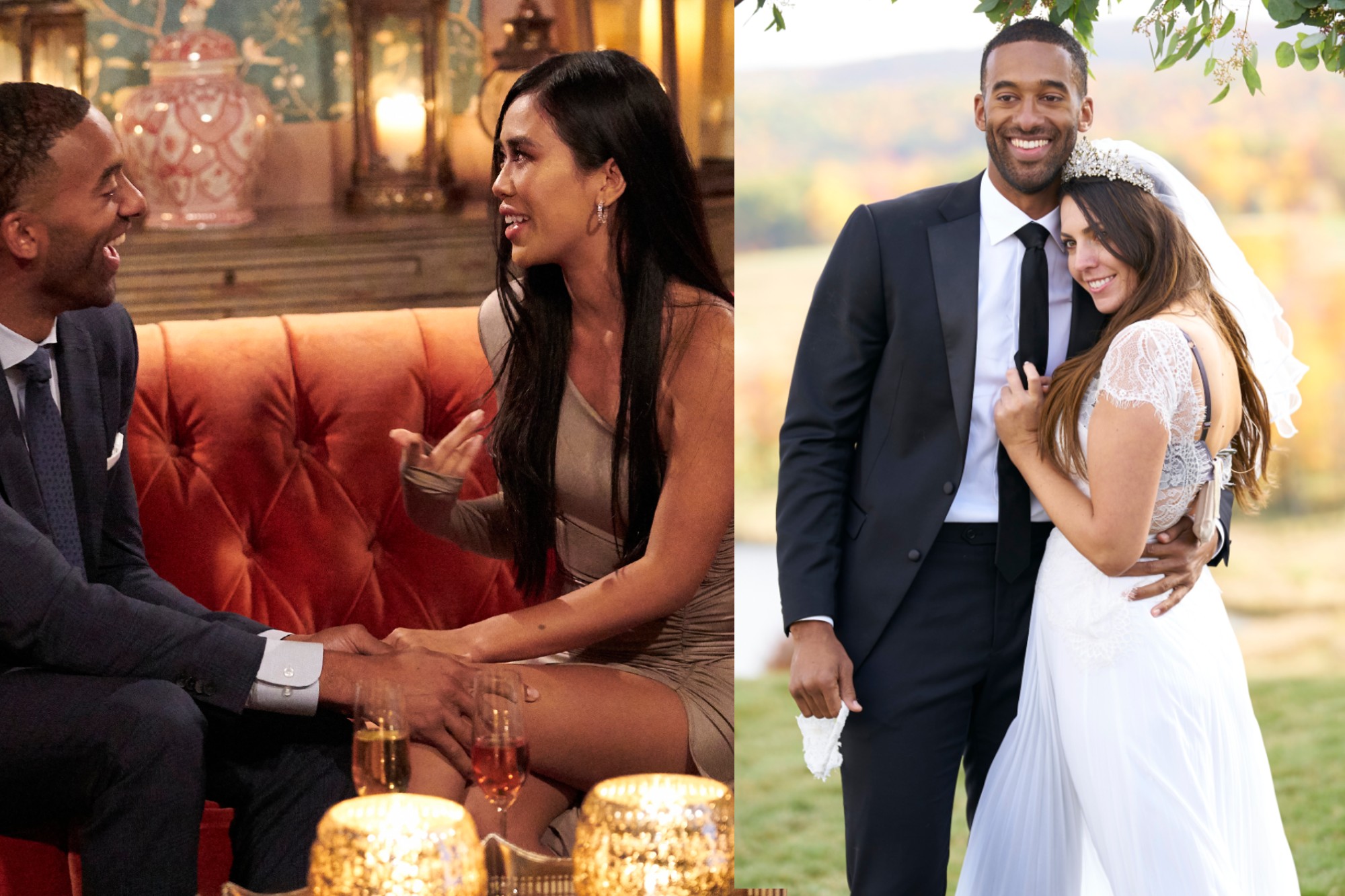 Here’s a guide for watching “The Bachelor,” or basically any form of reality TV: If someone says they are “real” and “authentic,” they definitely aren’t.

In Week 2, we got to know more ladies from the cast of 24 who are absolutely worth rooting for, such as Sarah, Bri and Lauren. We also met one who is not.

Victoria practically begged viewers to make her the villain. There was no fight or drama that led up to this. She simply woke up and decided to make contestants and viewers of “The Bachelor” dislike her, often through asinine soundbites.

“I’m not jealous, I just want that,” she said of her desire for a date with Matt. She called court jesters “gestures” and said she and her foe are like “oil and vinegar.” And she didn’t mean salad dressing.

This is what else went down during Week 2.

Bri was the lucky gal. During the first cocktail party, the two connected over being biracial and being raised by single moms. He gave her the first flower during the ceremony, which many of the ladies brought up while lamenting they didn’t get chosen.

I wasn’t kidding about the wood. ABC

Matt and Bri had a romantic time riding ATVs through the Pennsylvania forest. Of course, they fell off into the mud.

Keeping in line with this seasons theme of extreme horniness, Matt stripped off his dirty shirt and proceeded to chop wood (not a euphemism), before joining Bri in a hot tub.

Over dinner, Bri told Matt about how her mom had her when she was 13. Now that Bri’s grown, her mom is pregnant and starting a new family, which she struggles with.

Both Matt and Bri have spent their lives wishing their dads would show up. The parallels were uncanny. Matt gave her a rose for her honesty.

Borrowing a date from last season of “The Bachelorette,” 18 (18!!) gals donned wedding dresses and veils for a photoshoot with their man. (Hello again, photographer Franco Lacosta.) But before all of them could finish, Chris Harrison waltzed in to turn the date into a “Hunger Games”-meets-wedding-themed death match, with the winning team getting time with Matt. I’m surprised Jason Derulo didn’t show up to sing “Savage Love.”

The ladies ran through the woods slinging paint on each other. The red team (plus Mari, the MVP from the gold team) got to clean themselves up for an after-party.

Like Matt, Lauren is also a Christian, which really piqued his interest. He and Jessenia shared a kiss. Victoria told him that there’s “lots of sides” to her, without actually revealing any of the sides. The rose went to Lauren.

This one went to Sarah (a 24-year-old journalist — or maybe an Alexis Rose of “Schitt’s Creek” impersonator, as many online noticed). The could-be-lovers flew above the resort in a tiny biplane, before settling down for some casual vulnerable conversation. They both love their families, great! But Matt knew she was holding back.

Over dinner, she revealed that her dad has ALS. Sarah quit her job so that she could be his full-time caretaker. “He wanted me to go out and find love, and I felt this calling to be here,” she said of her decision to join the show. He gave her a rose. “Today’s date superseded anything I could have imagined,” Matt said, saying how much he likes Sarah’s compassion and selflessness.

Matt and Marylynn, before the bad stuff happened. ABC

Not everyone got to go on a date this week, so time was of the essence for the gals who needed to secure themselves a rose from Matt.

Abigail, who got the first impression rose, made Matt laugh. So did Kit and Magi. After Marylynn broke down that she wasn’t invited on a date this week, Matt gave her an orchid, her favorite flower.

(I’m sorry for what we’re about to get into, it’s completely fake and has no lasting repercussions but the show spent 25 minutes on it so we have to talk about it.)

Victoria, who was Marylynn’s roommate but decided to sleep on the couch because Marylynn “cries a lot,” got jealous and decided to snitch to Matt, calling her “toxic” for no reason. Convinced Victoria is the victim, Matt decided to pull Marylynn aside to talk. She calmly defended herself, understanding the situation was a “she-said-she-said.”

When Marylynn politely confronted Victoria, Victoria dished back a masterclass in manipulation and gaslighting. She wouldn’t even sit near Marylynn on the couch during the drama.

Matt gave roses to Pieper, Kit, Magi, Rachael, Abigail, Chelsea, Jessenia, Katie and Serena C. In the middle of the ceremony, Sarah started to get dizzy and started seeing stars. Another woman had to help her off the podium and into another room. Matt left to help console her. She yelled that she couldn’t see, and then the episode cut off.

It looks like a certain someone makes it to next week. It also looks like Sarah feels better. I hope Chelsea gets some airtime, because I follow her on TikTok and she seems cool as hell.