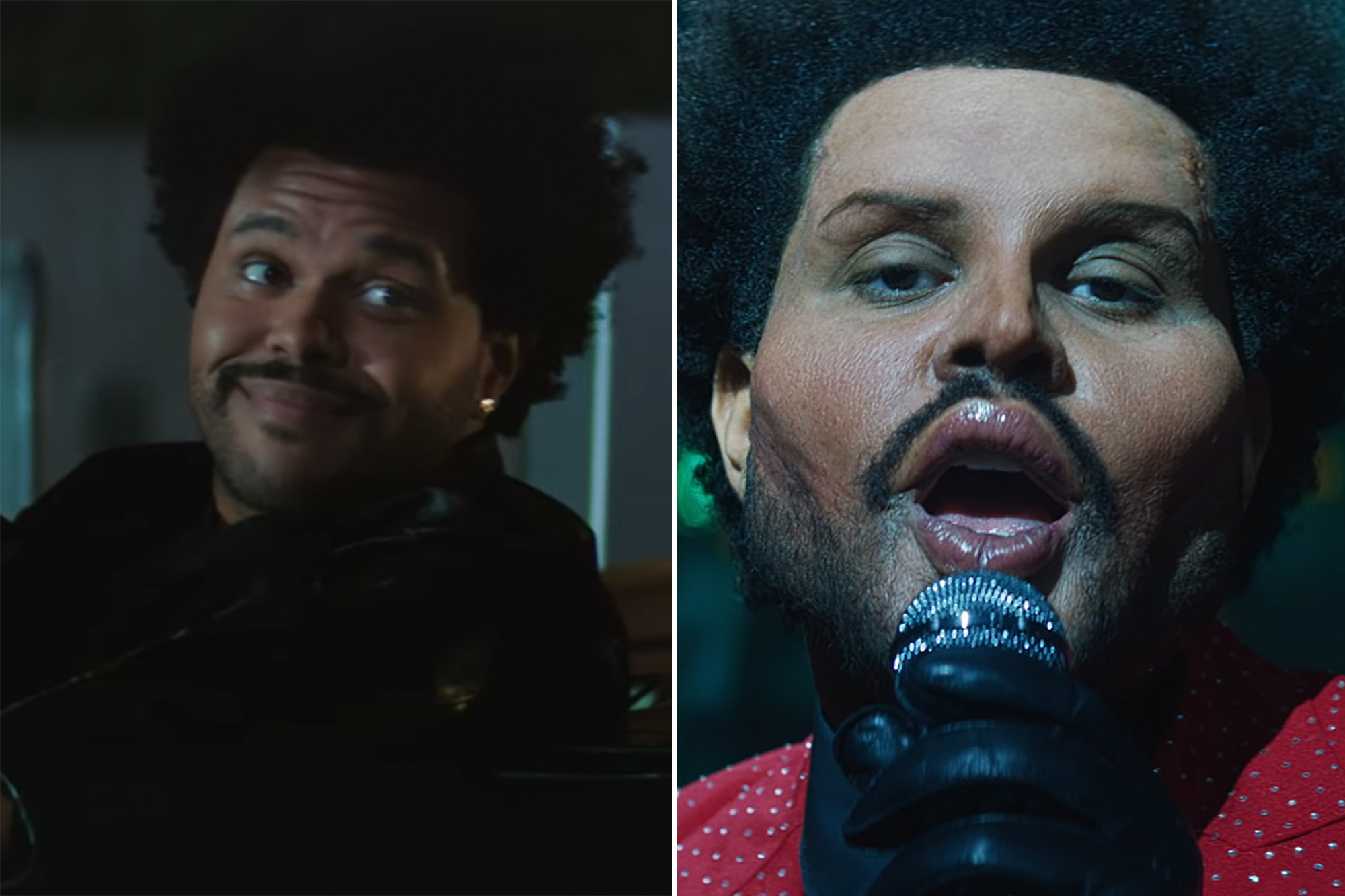 The Weeknd is feelin’ his own face again.

In a new ad for Pepsi ahead of his big Super Bowl halftime performance, the 30-year-old singer opted to ditch his cryptic bandages and CGI plastic surgery, showing off his real face for the first time in a while.

The one-minute teaser for the show, on Feb. 7, shows a montage of fans enjoying his song, “Blinding Lights,” including a grocery store worker and a pool cleaner dancing to his tune like no one’s watching.

Right at the end, The Weeknd flashes a smile to a toll booth security guard who was interrupted grooving to the hit.

It’s the first time in a while fans got to see his real face since The Weeknd, whose real name is Abel Tesfaye, has been donning bandages as part of an aesthetic for his latest album. (And as Variety noted, it’s the first Pepsi ad dropped before Super Bowl Sunday, which airs on CBS, and the first time the performer participated in one.)

Recently, The Weeknd dropped a music video for his new song “Save Your Tears,” sporting some disturbing alterations to his face — akin to extreme plastic surgery. “But then you saw me, caught you by surprise,” he aptly sings in the video, in which he displays a thinned (and crooked) nose, bloated cheeks, puffed-up lips, surgery scars and other horrific new features.

Fans speculated that it was shade for not being nominated at the 2021 Grammy Awards, but other fans took it as a diss to ex-girlfriend Bella Hadid.

However, fans shouldn’t be alarmed. The disturbing new look was achieved through prosthetics and CGI. He has previously worked with Prosthetic Renaissance, a makeup effects studio that is taking credit for the transformation on social media.

The Weeknd has been using his face as of late as a statement, including a battered aesthetic in the short film “After Hours,” which has the same name as his most recent album. The music video for “Blinding Lights” featured his post-bender bloodied and bruised mug — a look he re-created for the MTV Video Music Awards last August. And in November, he covered his again-battered face with surgical dressing to accept an award onstage at the American Music Awards.

As for Super Bowl LV, it’s unclear what face The Weeknd will be showing.