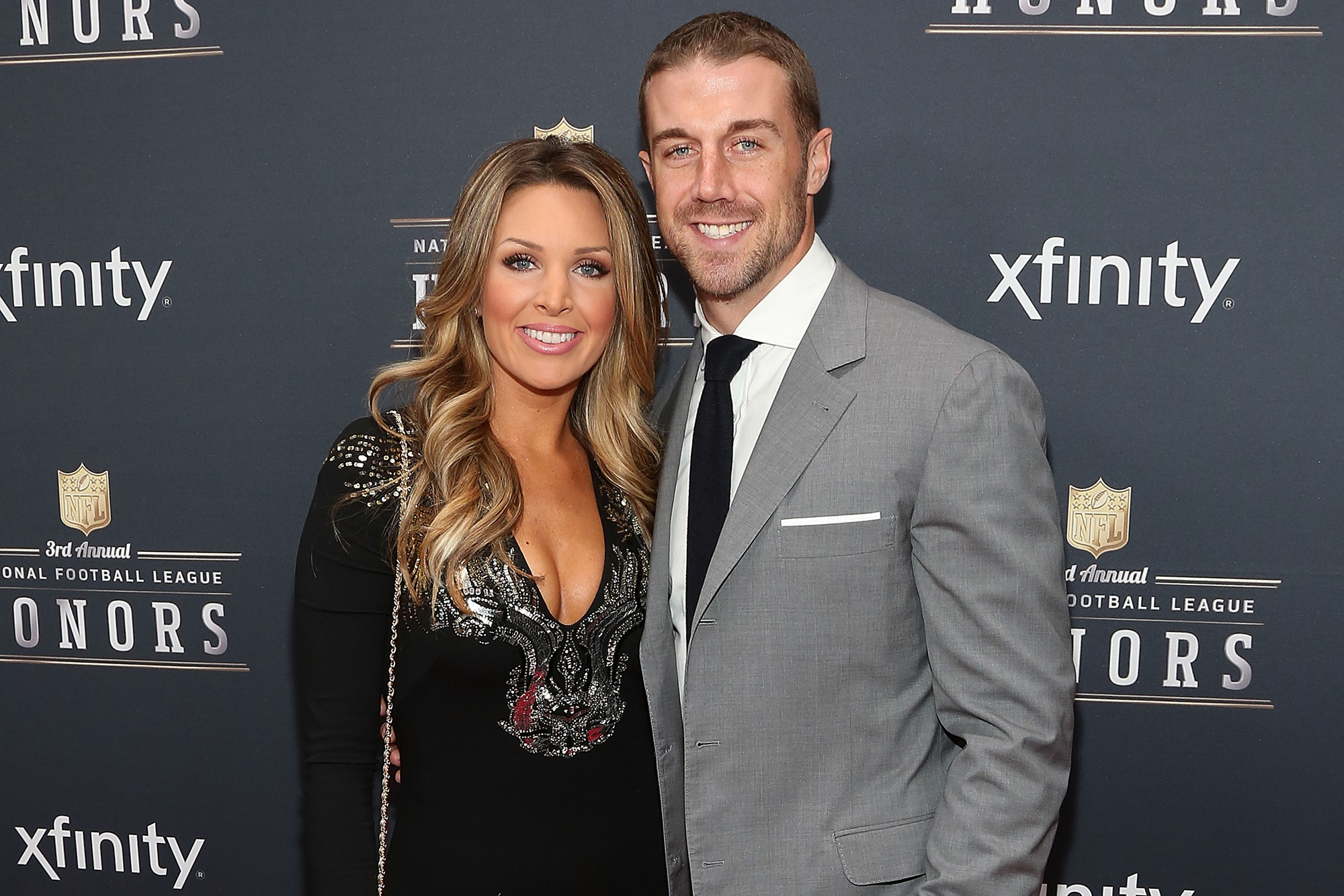 It’s been a long road for Alex Smith.

After suffering a devastating leg injury in 2018, the quarterback of the Washington Football Team returned to the field in October 2020 for the first time in two years.

“For me, the first thing that jumps out at me was the range of emotions on that day, certainly the feeling of being alive once your number’s called, and I was running out there,” Smith told ESPN at the time.

“Obviously this has been almost two years in the making for me to get back out on the field, and that’s why I cam back. That feeling,” he continued.

Smith’s wife of 11 years, Elizabeth Barry, has been part of her husband’s journey, which has included other NFL stops along the way.

The couple once ‘reigned’ Chiefs Kingdom

Smith, the first overall pick in the 2005 NFL Draft, originally landed with the San Francisco 49ers. In February 2013, the 49ers traded Smith to the Kansas City Chiefs.

In January 2018, Kansas City agreed to trade Smith to Washington. He signed a four-year, $94 million contract extension with the team.

“New beginnings, adventures and friendships. The Smiths are headed to Washington,” Barry posted to social media in March of that year.

In Smith’s first year in Washington, however, he suffered a catastrophic leg injury during a Week 11 game against the Houston Texans. He sustained a broken tibia and fibula.

In December 2018, Barry shared an update on Smith’s progress, thanking fans for their unyielding support.

“HOME…This last month has been a difficult ride. Our family is beyond happy to have this man with us and home,” she wrote on Instagram at the time.

“This experience has given us great perspective and gratitude for all the people and blessings in our lives. We couldn’t have gotten through it without our amazing family, friends and community,” she continued.

The road to recovery took a critical turn that month, as it was reported Smith was also dealing with an infection in relation to his leg surgery.

In the spring of 2020, Smith was featured in the ESPN documentary “Project 11,” which chronicled his recovery. The quarterback needed 17 surgeries and nearly lost his leg.

“Football might not be out of the question,” Smith said in the doc. “Can I go play quarterback again? Can I push it that far?”

Smith’s long-awaited return came in October 2020, when he took the field in what was a loss to the Los Angeles Rams.

Barry watched from the stands, telling the media post-game she was feeling a myriad of emotions.

“Well obviously fear, instantly. Nauseous. Not knowing what to expect,” she said, according to Washington, DC’s ABC affiliate. “He’s worked so hard to get to this point, even to just put a uniform on. Overwhelming amount of pride for him. So proud. He has surpassed anything anyone ever thought he’d be able to do and here we are.”

Ahead of Washington’s regular-season finale game in January 2021, Barry showed off a trophy she had constructed from Smith’s former brace.

“Waiting for this game and I’m a nervous wreck. I look up at our bookshelves as a reminder of where we have been and the hard work to get to this moment. No matter the outcome, Alex has already won. He has beat the largest challenge life has thrown our way. I am incredibly proud and will be cheering loud. Let’s go Washington!” she posted.

Grimes says she ‘finally’ has COVID-19, ‘weirdly’ enjoys all the DayQuil
Jeffrey Epstein was potential target in a ‘Catch A Predator’-style sting
Comment