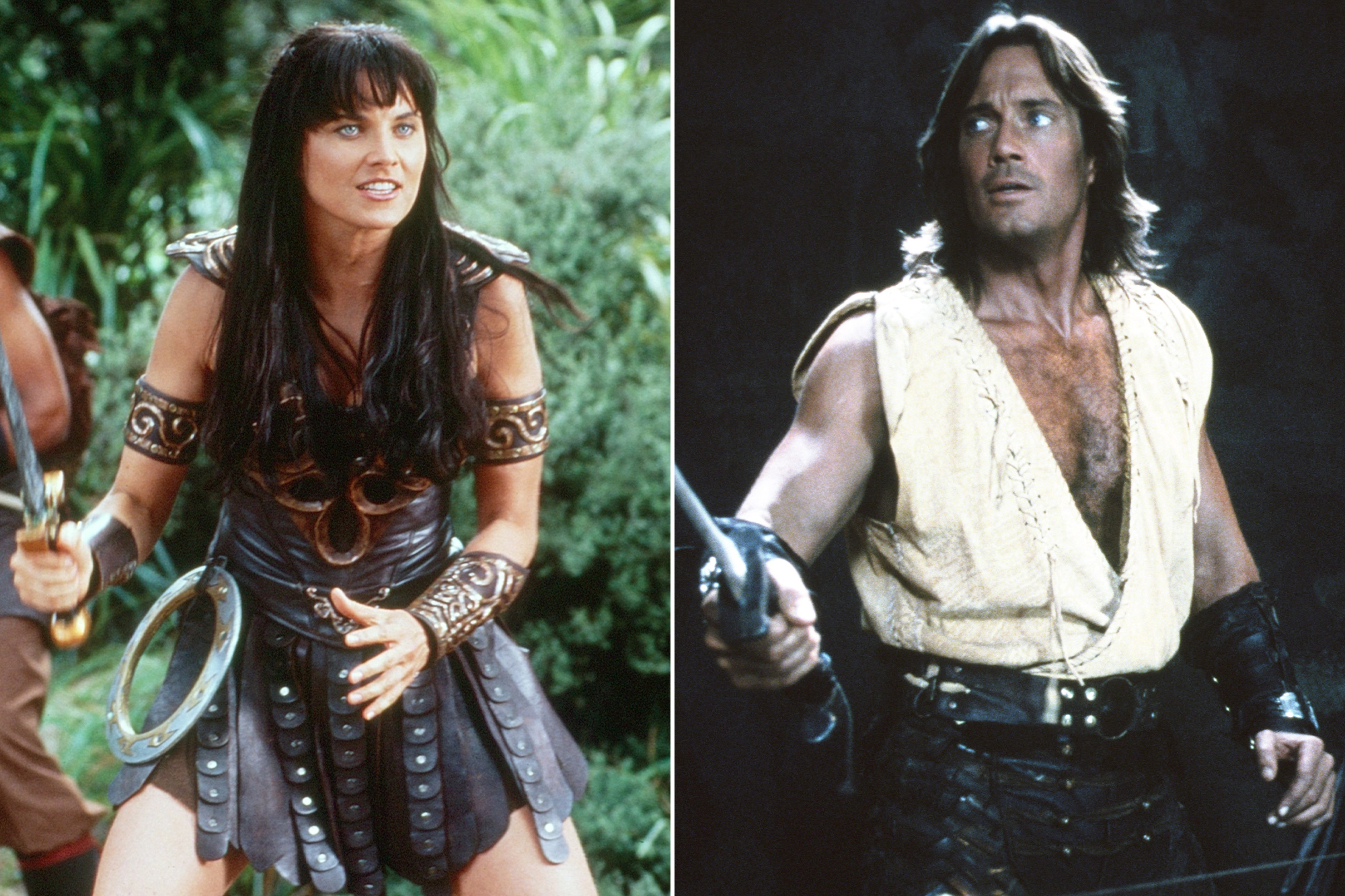 Yesterday the New Zealand-born actor logged on to Twitter and chose verbal violence — against fellow actor of mythic proportions Kevin Sorbo, whom many remember as television’s “Hercules.” The two ’90s-era icons were known for their series crossovers, in which the two characters would defeat all manner of folkloric monsters and fairy-tale villains.

But in the real world, Lawless has set her sights on defeating a different kind of rival: baseless claims about the Capitol rioters.

Sorbo tweeted a response to a surreal portrait of three protesters who rushed the Capitol, including prominent conspiracy theorist Jake Angeli, widely known as that guy who appeared in DC shirtless and heavily painted in red, white and blue, wearing a horned headdress, draped in fur.

“They don’t look like patriots to me,” said Sorbo on Jan. 6, in a retweet shared by Rogan O’Handley, a DC lawyer with #MAGA in his profile. “Do these look like Trump supporters? Or Leftist agitators disguised as Trump supporters…” O’Handley asked in his original tweet.

“No, Peanut,” Lawless responded — patronizingly — to Sorbo’s retweet, going after his and O’Handley’s unfounded claims. “They are not Patriots. They are your flying monkeys, homegrown terrorists, QAnon actors. They are the douchebags that go out and do the evil bidding of people like you who like to wind them up like toys and let them do their worst.”

No, Peanut. They are not Patriots. They are your flying monkeys,homegrown terrorists, QAnon actors. They are the douchebags that go out and do the evil bidding of people like you who like to wind them up like toys and let them do their worst. #keepingYourFilthyHandsclean #enabler— Lucy Lawless (@RealLucyLawless) January 7, 2021

She concluded with the hashtags #KeepingYourFilthyHandsClean and #enabler.

The original claim that the photo pictured disguised Antifa actors was also slapped with a warning from Twitter, reading in part, “There is no evidence so far to prove that Antifa activists were part of the mob that entered the building on Wednesday, according to fact-checkers from Snopes, PolitiFact, BuzzFeed News and other organizations.”

Lawless’ retort has since gone viral with 42,000 likes and nearly 10,000 retweets — so well-liked that even her fans have garnered residuals.

“Lucy Lawless, as badass as her namesake. Love her forever,” wrote Timo Tjahjanto, who has nearly 40,000 likes of his own based on Lawless’ linguistic lashing.

“Xena folding Hercules is the Content I’m Here For™,” tweeted @valhallabckgirl. Her praise, too, collected 32,000 likes.

Comedian Patton Oswalt also shared a screenshot of the exchange with Sorbo. “DAAAMN @RealLucyLawless,” he tweeted, alongside three “100 points” emojis.